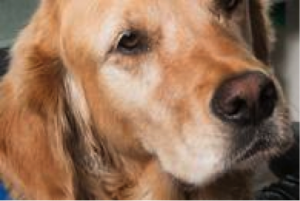 Dogs could have been domesticated independently in eastern and western Eurasia from distinct populations of wolves. This is revealed by a study conducted with the contribution of Christophe HITTE of the team “Genetics of the dog”. Publication in Science

No, the dog’s ancestor is not 100% Asian, as most geneticists thought. The best friend of the man would come from the cross between a cousin domesticated in East Asia and another domesticated in Western Europe. This is shown for the first time in an international study. Explanations […].

Catherine André: geneticist, head of the Dog Genetics team, Institute of Genetics and Development of Rennes (University of Rennes 1, CNRS)

Morgane Bunel: PhD student at the Institute of Genetics and Development of Rennes (University of Rennes 1, CNRS)

Dogs have the same genetic diseases as us. Normal, we have close genomes, and we live in the same environment. By studying pathologies specific to certain breeds of dogs (ophthalmological, neurological or dermatological diseases in particular), the researchers of the IGDR (Institute of Genetics and Development of Rennes) identify the genes responsible. Their discoveries reinforce our fundamental knowledge. They serve the health of man. As well as that of the dog!

Proposed by Sciences Ouest, the monthly scientific news in Brittany, published by the Espace des Sciences